例：How much is the shirt?

2. What was George doing last night?

3. Why does the man suggest going to the park?

4. How does the woman sound?

6. What are the speakers going to do tonight?

7. What is the probable relationship between the speakers?

8. Why does the woman think July is the best time to move?

9. How will they handle the moving?

10. What did Peter learn from his grandfather?

A. How to appreciate art works.

B. How to deal with artists.

13. Where does the conversation take place?

14. By what time did John plan to finish his term paper?

15. Why did John quit his part-time job?

16. What is Susan's attitude to John's problem?

19. Which is the hardest for the speaker?

A. Getting over an injury.      B. Doing strength training.      C. Representing Botswana.

20. What is the speaker mainly talking about?

A. His plan to go for the gold.

B. His experience on the track.

C. His love for his home country.

Every weekend this is "Wales" premier comedy club where having a great time is the order for both audiences and comedy stars alike. It is hard to name a comedy star who hasn't been on the stage here. If you are looking for the best comedies on tour and brilliant live music, you should start here.

Sherman Cymru's theatre in the Cathays area of Cardiff reopened in February 2012. This special building is a place in which theatre is made and where children, artists, writers and anyone else have the opportunity (机会) to do creative things. Sherman Cymru is excited to present a packed programme of the very best theatre, dance, family shows and music from Wales and the rest of the world.

The New Theatre has been the home of quality drama, musicals, dance and children's shows for more than 100 years. Presenting the best of the West End along with the pick of the UK's touring shows, the New Theatre is Cardiff's oldest surviving traditional theatre. Be sure to pay a visit as part of your stay in the city.

21. Where is the Welsh Proms Cardiff hosted?

22. What can people do at the Glee Club?

23. Which website can you visit to learn about Cardiff's oldest surviving theatre?

Goffin's cockatoos, a kind of small parrot native to Australasia, have been shown to have similar shape-recognition abilities to a human two-year-old. Though not known to use tools in the wild, the birds have proved skilful at tool use while kept in the cage. In a recent experiment, cockatoos were presented with a box with a nut inside it. The clear front of the box had a "keyhole" in a geometric shape, and the birds were given five differently shaped "keys" to choese from. Inserting the correct "key" would let out the nut.

In humans, babies can put a round shape in a round hole from around one year of age, but it will be another year before they are able to do the same with less symmetrical（对称的） shapes. his ability to recognize that a shape will need to be turned in a specific direction before it will fit is called an "allocentric frame of reference". In the experiment, Goffin's cockatoos were able to select the right tool for the job, in most cases, by visual recognition alone. Where trial-and-error was used, the cockatoos did better than monkeys in similar tests. This indicates that Goffin's cockatoos do indeed possess an allocentric frame of reference when moving objects in space, similar to two-year-old babies.

The next step, according to the researchers, is to try and work out whether the cockatoos rely entirely on visual clues（线索）, or also use a sense of touch in making their shape selections.

24. How did the cockatoos get the nut from the box in the experiment?

25. Which task can human one-year-olds most likely complete according to the text?

26. What does the follow-up test aim to find out about the cockatoos?

27. Which can be a suitable title for the text?

As Ginni Bazlinton reached Antarctica, she found herself greeted by a group of little Gentoo penguins（企鹅）longing to say hello. These gentle, lovely gatekeepers welcomed her and kick-started what was to be a trip Ginni would never forget.

Ever since her childhood, Ginni, now 71, has had a deep love for travel. Throughout her career（职业）as a professional dancer, she toured in the UK, but always longed to explore further When she retired from dancing and her sons eventually flew the nest, she decided it was time to take the plunge.

After taking a degree at Chichester University in Related Arts, Ginni began to travel the world, eventually getting work teaching English in Japan and Chile.And it was in Chile she discovered she could get last-minute cheap deals on ships going to Antarctica from the islands off Tierra del Fuego, the southernmost tip of the South American mainland. "I just decided wanted to go," she says. "I had no idea about what I'd find there and I wasn't nervous, I just wanted to do it. And I wanted to do it alone as I always prefer it that way."

In March 2008, Ginni boarded a ship with 48 passengers she'd never met before, to begin the journey towards Antarctica. "From seeing the wildlife to witnessing sunrises, the whole experience was amazing.Antarctica left an impression on me that no other place has,"Ginni says."I remember the first time I saw a humpback whale;it just rose out of the water like some prehistoric creature and I thought it was smiling at us.You could still hear the operatic sounds it was making underwater."

The realization that this is a precious land,to be respected by humans,was one of the biggest things that hit home to Ginni.

28. Which of the following best explains "take the plunge"underlined in paragraph 2?

C. Bring back lost memories.D. Stick to a promise.

29. What made Ginni decide on the trip to Antarctica?

30. What does Ginni think about Antarctica after the journey?

A. It could be a home for her.B. It should be easily accessible.

C. It should be well preserved.D. It needs to be fully introduced.

31. What is the text mainly about?

A. A childhood dream.B. An unforgettable experience.

C. Sailing around the world.D. Meeting animals in Antarctica.

Sometime in the early 1960s,a significant thing happened in Sydney, Australia.The city discovered its harbor.Then,one after another,Sydney discovered tots of things that were justsort of there-broad parks,superb beaches,and a culturally diverse population.But it is the harbor that makes the city.

Andrew Reynolds,a cheerful fellow in his early 30s,pilots Sydney ferryboats for a living.I spent the whole morning shuttling back and forth across the harbor.After our third run Andrew shut down the engine,and we went our separate ways-he for a lunch break,I to explore the city.

"I'll miss these old boats,"he said as we parted.

Everywhere in Sydney these days, change and progress are the watchwords（口号）, and traditions are increasingly rare. Shirley Fitzgerald, the city's official historian, told me that in its rush to modernity in the 1970s, Sydney swept aside much of its past, including many of its finest buildings. "Sydney is confused about itself," she said."We can't seem to make up our minds whether we want a modern city or a traditional one.It's a conflict that we aren't getting any better at resolving（解决）.”

On the other hand,being young and old at the same time has its attractions.I considered this when I met a thoughtful young businessman named Anthony."Many people say that we lack culture in this country,"he told me."What people forget is that the Italians,when they came to Australia,brought 2000 years of their culture,the Greeks some 3000 years,and the Chinese more still.We've got a foundation built on ancient cultures but with a drive and dynamism of a young country.It's a pretty hard combination to beat."

He is right,but I can't help wishing they would keep those old ferries.

32. What is the first paragraph mainly about?

A. Sydney's striking architecture.B. The cultural diversity of Sydney.

C. The key to Sydney's development.D. Sydney's tourist attractions in the 1960s.

33. What can we learn about Andrew Reynolds?

A. He goes to work by boat.B. He looks forward to a new life.

C. He pilots catamarans well.D. He is attached to the old ferries.

34. What does Shirley Fitzgerald think of Sydney?

A. It is losing its traditions.B. It should speed up its progress.

C. It should expand its population.D. It is becoming more international.

35. Which statement will the author probably agree with?

A. A city can be young and cad at the same time.

B. A city built on ancient cultures is more dynamic.

C. modernity is usually achieved at the cost of elegance.

D. Compromise should be made between the local and the foreign.

Important Things to Know When Dicing Out

Cultural dining etiquette (礼节) might surprise you with some of its important rules.   36   Knowing some tips will help ensure that you have an enjoyable meal with friends or family-no matter where you are in the world.

The way you handle chopsticks is important to avid annoying your companions. When you put them down between bite, always put them down together so they are parallel with the edge of the table in front of you.   37

In India and the Middle East, it's considered very rude to eat with your left hand. People in France expect you to cat with a utensil in each hand.   38   instead preferring to use their hands. In chide, you may never touch any fool with your fingers. People in Thailand generally use their jerks only to push food onto their spoons.

39  . In Portugal, this would be a serious mistake, because it shows the chef that you don't like their seasoning skills. Similarly, in Italy, never ask for extra cheese to add to your food.

Some of these cultural dining etiquette rules may seem random and strange, but they are important in various countries.   40  , the more con for table you'll begin to feel with its foreign cultural practice.

A. The more friends you make in your lifetime

B. The more time you spend in any given country

C. Mexicans consider it inappropriate to eat with utensils

D. Don't get caught making an embarrassing mistake at a restaurant

E. It's a good sign for the chef if you make a mess around your plate

F. Never stick them upright in your food or cross them as you use them

G. It may seem like a simple request to ask for salt and pepper at a meal

You can tell a lot about a man by how he treats his dogs.

On the 1,100. Kilometer journey, the man Cao Shengkang,   62   lost his eyesight at the age of eight in a car accident, crossed 40 cities and counties in three province. Inspired by the Belt and Road Forum for Interactional Cooperation   63   (bold) in Beijing. Cao decided to cover the route by hiking as a tribute (致敬) to the ancient Silk Road.   64   friend of his, Wu Fan, volunteered to be his companion during the trip.

Cao and Wu also collect cd garbage along the road, in order to promote environmental   65   (protect). Cao believes this will make the hiking trip even more   66   (meaning). The two of them collected more than 1,000 plastic bottles along the 40-day journey.

My father often took me to his hospital when I was off my school. He showed me

how his medical instruments was used. I felt so closely to him. However, after I

went to high school, somehow I become distant from him. I was unwilling talk

with him and often disobeyed his rule of not stay out with my friends too late. The

disagreement was too sharp that neither he nor I knew what to settle it. One day,

he talked with me or hoped to mend our relations. With the efforts made by all sides,

we began to understand each other better. 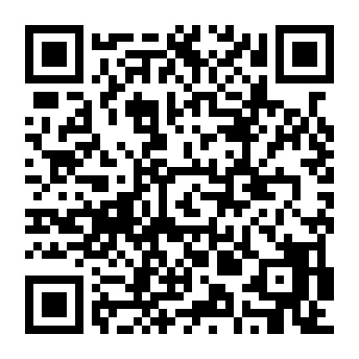 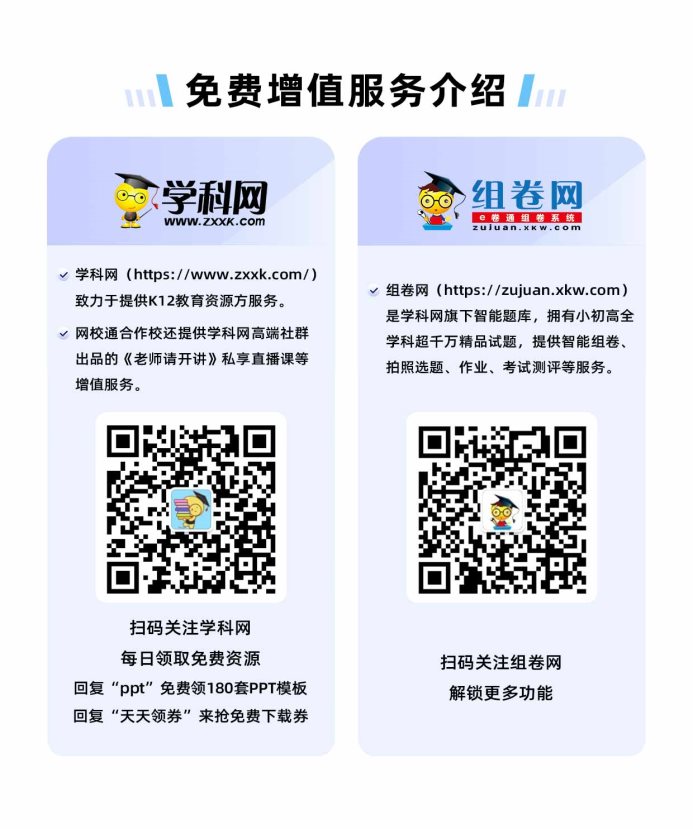